Scott Wade, better known as “Swade,” is a 3D Artist and Illustrator. His artwork can be seen on comic book covers, in art galleries, and even tattooed on a few fans. In the Spring of 2014, Swade submitted his first Dota shirt designs to the Dota 2 Workshop. Two of his designs were selected that year and he has been actively contributing to the Workshop ever since. Swade has offered his art as part of a reward tier for an Indiegogo to send a community member to The International, he has contributed artwork for loading screens and community music albums, and, once again, his art is part of the merchandise collection for this year’s Secret Shop.

When I first saw Swade's illustrations, the first thing that stood out to me was his unique art style; I love the way he blends traditional art and pop culture. It was an absolute pleasure to learn more about him.

Hey Scott, your art is really remarkable and has, of course, made its rounds on Reddit a few times. Excited to have join us and would love to know more about you; let’s kick this off with an intro about yourself and what you do.

Well these days I usually go by Swade online; that’s what happens when there’s another famous Scott Wade making art. I generally refer to myself just as an “artist” at this point, which is just a shorter way of saying I do a lot of different types of art; mostly illustrations, concept art, and design but also some 3D art as well.

During the day I’m an Associate Art Director at Sideshow Collectibles where I help design and direct statues and other high-end collectibles. The rest of the time I’m working on the wide array of art I find interesting; recently finished some illustrations for the new Legend of the Five Rings game from Fantasy Flight, as well as a set of coloring book illustrations with Dark Horse. You have a pretty stunning art style. Could you tell me about how you developed it? What exactly is ukiyo-e?

Most people would know ukiyo-e as Japanese woodblock prints (kabuki actors, landscapes, etc) and it was a style I was always fascinated by but never had really tried. But one of my Dota buddies was hosting a small art show with a Batman theme and I thought it would be neat to do a pair of ukiyo-e styled pieces. Those two pieces totally surprised me; not only were they amazingly fun and challenging to make but they got some decent attention online. That’s what set the events in motion that led me here. I think it’s worth noting that the goal isn’t to try to ‘trick’ anyone into believing these are actual woodblock prints, it’s about trying to look and understand what I find appealing about them way that I can add that to my own work. I even bought an actual woodblock print just so I could look at it more closely. After discovering I had this obsession for analyzing art the last piece was the ‘fanart’ component.  Which not only gave me ideas and inspiration for what to draw but also a great source of community and support. I’ve been branching out into other styles, art nouveau most often, but it’s the same general process of trying to understand what I love about a style and bring it to life for myself and other fans.

How long have you been drawing Dota heroes and how did you end up getting involved in the Dota Workshop?

I actually got my start in the Workshop back with Team Fortress 2, I made a set of promotional items to go with Quantum Conundrum (which I was a Concept Artist on) and that was back in 2012. I got pretty absorbed in Dota 2 early in the beta but I was interested mostly in 2D work so it was tough to find a good way to get involved artistically. The International 2014 was the kickoff of the Merchandise Workshop and finally I could really dig in. I designed six shirts that year, two that were sold at The International 2014 and four were released online after the tournament. Brooklyn Kurtz was a big hit that year but since then I’ve been looking for ways to put more and more of a fine art spin on things.

This year is your first big project with us - a whole deck of Dota 2 themed playing cards! Could you tell me what made you want to design playing cards?

Well I’ve always been more interested in the collectibles side of the Workshop more than the fashion side. The nice thing about WeLoveFine and Valve is that they let Workshop artists experiment to see what sticks and I was definitely searching for a way to do more detailed or elaborate illustrations than what made sense for T-shirts. Then I think it was WeLoveFine who suggested Tarot cards in response to the style of my Drow and Naga pieces, but I heard there was a group of other workshop artists already working on that as a collaboration. It was enough to get me thinking though and from there it’s a logical leap to consider playing cards. And Dota at least for me is about cool art and playing games with my friends so it’s a perfect combo.

What was the process of designing these cards? How did you pick who was on each card?

It was admittedly a very long process, over two years, but it can sort of be broken down into stages:

I pretty much started with something resembling pre-production. Lots of reference gathering, small isolated sketches, art tests, and add in some planning spreadsheets for good measure. I swear I went in circles for weeks just over what theme to use for the suits. They were originally all rune themed (DD, Haste, Regen, Invis) but how in the world do you draw haste? And if you do find a way to draw haste, how do you justify missing the obvious Heart of Terrasque reference?? I got through it and by the end I had about fifteen individual card designs all in different styles to choose from and some photoshop mockups using existing card decks of the overall color scheme that I wanted.

Now that I knew what I wanted the goal was to make a small sampling; just enough to explain my idea visually, that I could use to show it off as a pitch. The whole idea of doing it this way was to minimize risk and try to get support and feedback as soon as possible. Imagine doing months of work and then getting flamed because of who you picked as your last hero? I think everyone who plays Dota knows that fear. My strategy was to just do four kings and a rough back design, knowing I might have to redo all of them and sent it off to WeLoveFine and Valve.

Then the last stage is comparatively simple: just make it. Between Valve, WeLoveFine, and myself we worked out a full list of heroes and a rough schedule. There was still a crazy amount of work that needed to be done. And with production timelines you gotta remember this all needed to be done back before the Kiev Major. The point of all the earlier work though is that it lets you focus on making the art so you don’t get overwhelmed.

What was the most challenging part of this project?

Definitely choosing which heroes to pick and which to exclude. There are 112 heroes as of writing…but only 52 cards in a deck (54 with jokers). Even if there was an illustration on every single card that would still leave half the Dota 2 roster unrepresented. The more classic layout I wanted reduced that down to 14 so there were a lot of cuts that had to be made. Sand King got the boot in favor of Monkey King for example, a hero that didn’t even exist when I started this whole thing so I’m sure someone will be disappointed they didn’t get their favorite character in the deck. But my plan is to do a deck every year with a new roster that way people can collect them and get all their favorite heroes.

Do you have any advice for someone who developing their art style?

I guess if anything I would make a case for fan art in addition to traditional work, practice, and study. I myself avoided what I was really interested in for years because of the stigma many artists have against fanart. Had I been less concerned with those people’s opinions I would be a better artist today, guaranteed. Study and work hard with your art but it’s always better to draw something than to put your pencil down.

You can find more of Swade's incredible art at www.swadeart.com. Check Out Merch Created by Swade 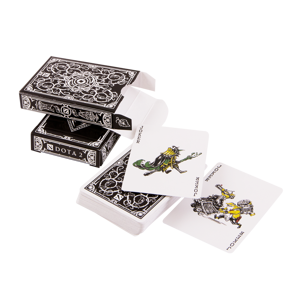 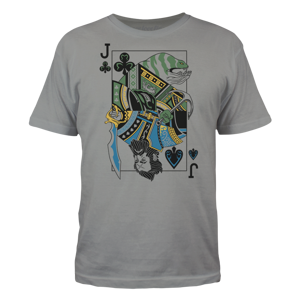 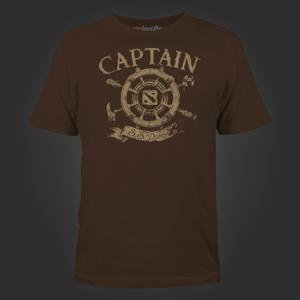 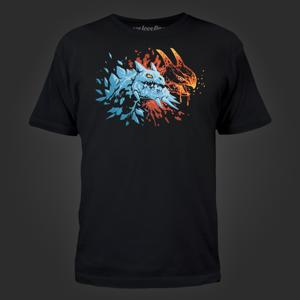 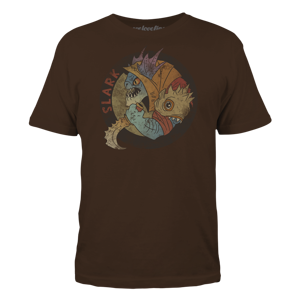 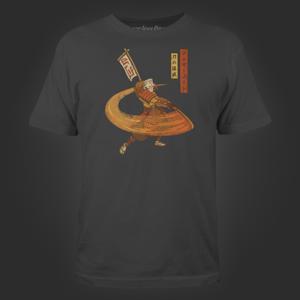 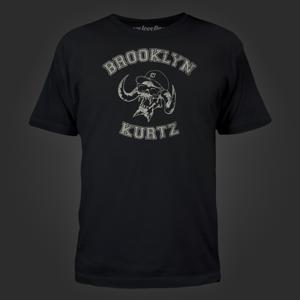 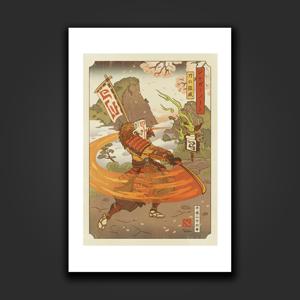 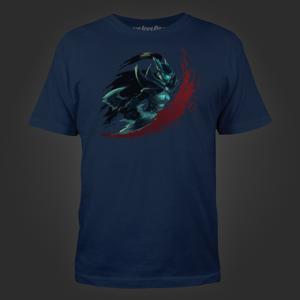 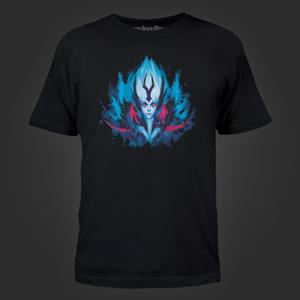 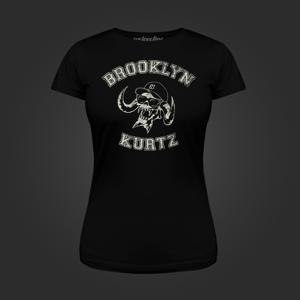 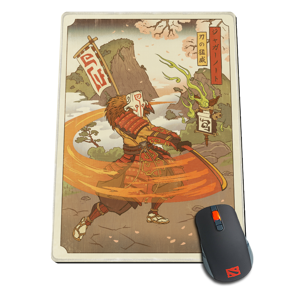 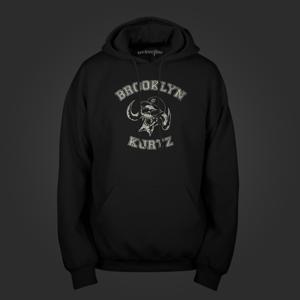